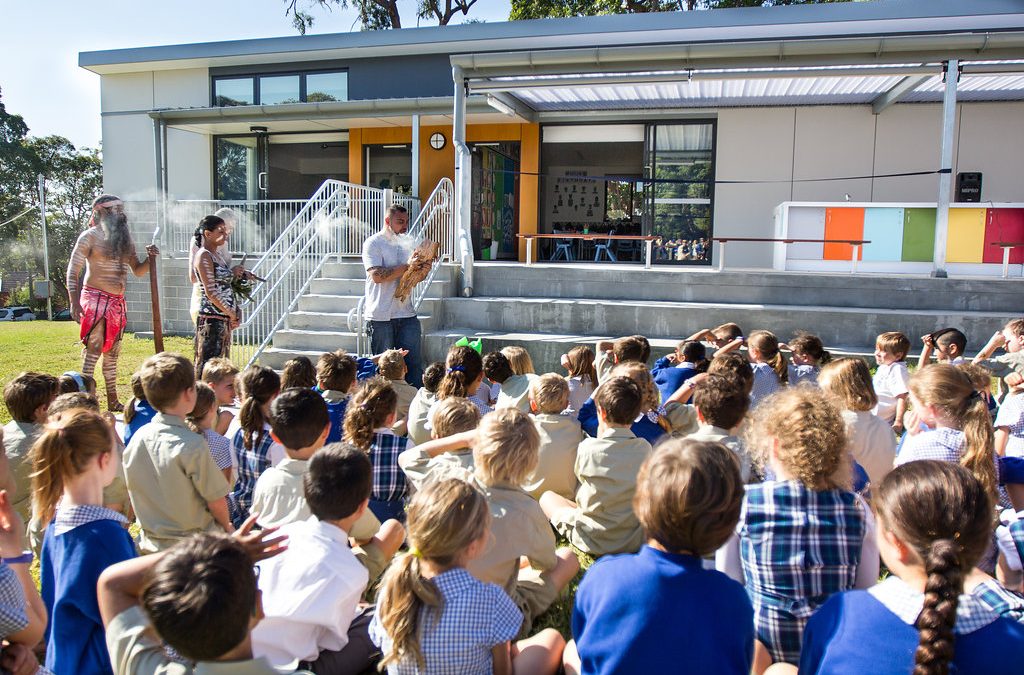 In 2015 Seaforth Public School was met with great tragedy following a fire at their school that left one of their classroom blocks destroyed. Three years later the school was ready to rebuild, yet they needed a partner who could deliver not only a new classroom but also bring hope and new opportunity for the students of Seaforth. Orana was engaged by strategic partner Facilities First to deliver the project works. For Orana, this project was much more than a classroom build, it was an opportunity to help rebuild a part of the school community.

The project was delivered to schedule, with a bespoke design and great outcomes for its future students. To celebrate the project works, Orana arranged a Welcome Ceremony, inviting members of the local community to join in celebrating the successful opening of Seaforth’s new classroom block.

Present to conduct official openings and proceedings on the day was Mr James Griffin, Member for Manly, alongside Michael McLeod, CEO & Founding Director of Message Stick, and one of the founding Fathers of Supply Nation. The ceremony kicked off with great success, with the Tribal Warriors (Aboriginal Dance Corporation) holding a performance for school students, teachers and visitors. The proceedings followed with a digeridoo performance from one of Australia’s most celebrated Keynote Speakers, Artists and Performers, Kuku-Yalanji Descendent, Jeremy Donovan.

The event concluded with a cleansing ceremony of the new classroom held by Jeremy Donovan and the Tribal Warriors. This project was a testament to Orana’s ethos and core values, community, family and partnership. The welcome ceremony, celebrated local Aboriginal culture and brought new hope and opportunity to the student’s and teachers of Seaforth Public School. 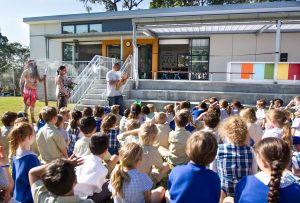 ” It is quite remarkable how little the building work has impacted on the daily running of the school. It has been a pleasure working with everyone associated with this building project. I would like to thank Facilities First, the Department of Education representatives and Orana Services for their combined efforts to ensure we have a building that meets our needs..”